Why shouldn't you use fake IPs and free proxies?

When we scale businesses, do research, or just stroll leisurely, it's always a good idea to be clued-up on online security. Whatever your reasons for running your eyes over a web browser are, anonymity and privacy are two pretty important players here.

The thing is that any browser, website, system, or network can see our IP address. Some of them might even log your IP address and track it. Pretty daunting, ha? Nah, not really, if you know one or two details about free proxies, VPN services, and fake IPs.

In this blog post, we’ll go over the dangers of using free software, fake IPs, and the illegal aspects of using IP information. Grab a warm cup of coffee (or tea), and let’s go! 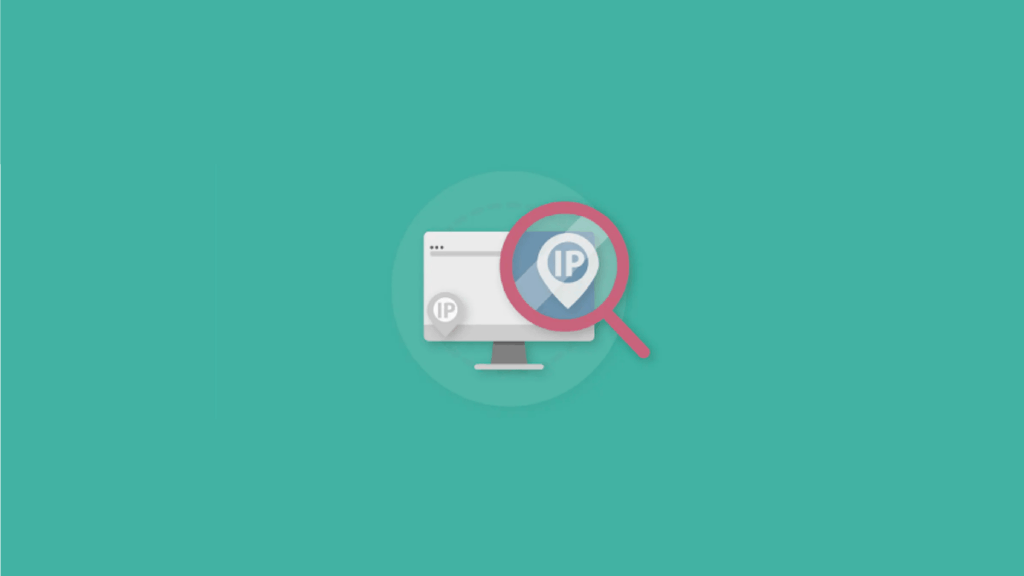 What does your IP address tell about you?

An IP address is a unique, usually numerical code assigned to any device connected to an Internet Service Provider, or ISP for short. Without it, you can't connect to an online website or server. It’s like a wedding invitation. You wouldn’t want any random strangers at your celebration, would you?

Your IP address reveals your location. Depending on your ISP, an IP can give away your country, city, zip code, and even an area code. That's the main idea of an IP address – it proves that you're a legit person and not some shady fella.

Who can trace your IP address?

Boy oh boy, there's a huge army of those that can grab IP addresses and invade your privacy. The list below is not final, but it'll paint a vivid picture of what's behind your IP. So, IP tracers include:

It's abundantly clear why people try to find free solutions online - we all want to save a buck. But let's face the harsh reality – nothing's actually free. Someone somewhere is getting something along the line.

You might've already used some free proxy providers. Did you notch up some success with them? That's great! Yet, did you realize that you also gave away your private data without any guarantee of privacy and safety?

When you install a free proxy or VPN, you're basically giving them access to your system. Whenever you log into something online, chances are that you aren't the only one who's reviewing the logged-in data. This includes all your online activity, such as your:

If third parties laid their hands on this information, you could become an easy target for hackers. Scary, right? Let's not compromise ourselves and be mindful of our online activity and providers with whom we share our personal information.

At this point, our advice should be crystal clear already. No free proxy or VPN providers! 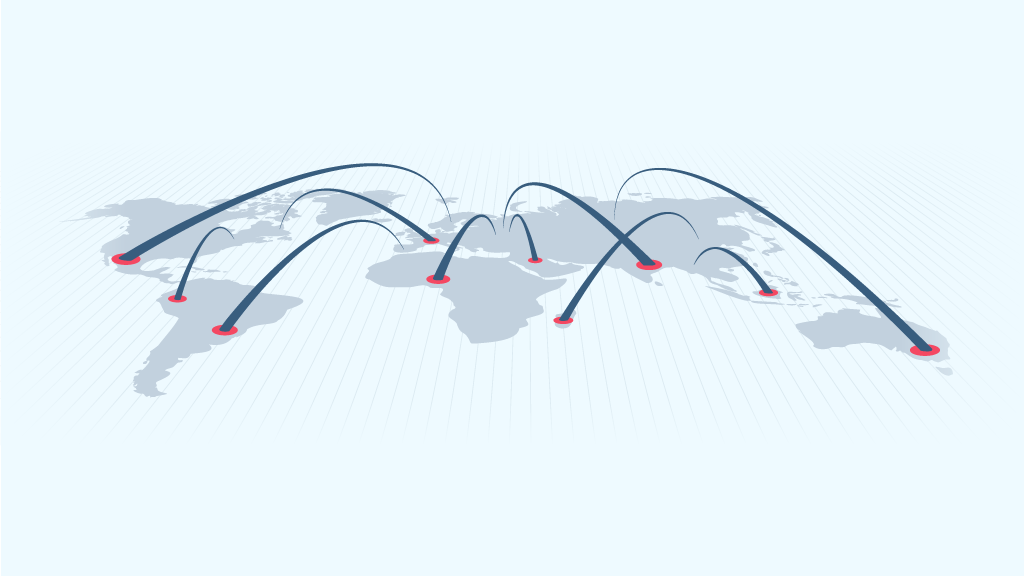 Let's get one thing straight – there's no such thing as a fake IP address. Every IP address denotes either an existing server or device connected to the internet. The only thing that could be considered fake is countless unused IP addresses.

What about random IP generators? They're mostly used by developers and programmers to test scripting, networks, or whether a code is correct on different browsers. This is where terms such as "mock IP" or "dummy IP" come into place. These are different from fake IPs:

Which proxy server can change your IP?

Rotating proxy networks are truly the best in this regard, and you can use them as fake IP address generators. A robust rotating residential proxy network is the only IP faker that can work at a massive scale and still successfully hide your IP and increase your privacy.

Try our rotating proxy network and change your IP automatically, instantly, and with every connection. Millions of IPs in a rotating proxy pool make it a great IP randomizer because it allows you to hide your IP by generating a new and unique IP address for every request.

Legal side: is IP tracking legal?

Is IP tracking legal? Short answer: yes. As long as you have permission to do so and follow GDPR requirements in the process. It all depends on what's done with an IP address.

In the same way, you can use a VPN service or a proxy connection to hide your IP. That's completely legal and often employed since there's simply not enough protection online.

But when it comes to IP grabbing, spoofing and phishing, the case is different. Don't think of an IP as property, but it's still personal information. That's why you must take proper care of your IP address when using a browser.

While the history of the term "spoofing" is quite playful (oh those 19th-century British jokes), its definition is anything but that today. Hackers use IP spoofing to hide behind the location of another person's IP address. They modify an IP and trick other systems, networks, and computers into believing that requests and connections are coming from a trusted source. Cybercriminals use this technique to initiate DoS or DDoS attacks.

Phishing is when someone tries to "fish" out information from you for malicious purposes by email, phone, or text message. A "fisher" pretends to be someone you trust to get specific data from you.

Imagine you received an email from your colleague saying that he's lost his log-in information after that pesky Windows update, and would you please be so kind to send him that log-in info?

Hackers make these emails look like they come from a legit company. They could include a logo, have the same colors and font.

Though as far as the language goes, it's probably one of the biggest red flags. Usually, scammy emails aren't written well or look like they've been google translated. I mean, if that colleague isn't an avid lover of old English, his email is probably a trap.

IP grabbing is the process of extracting an IP address with the help of third-party tools. While there are some criminal activities associated with IP grabbing, the act itself isn't illegal.

Security specialists at various companies can also set up specific firewalls to monitor incoming IP addresses. This ensures that all IPs are either whitelisted or used internally by their employees.

However, if a person uses an IP grabber, tracks the IP, and gathers personal information with an intent to blackmail or extort, that’s very much illegal. No comments needed.

Proxies vs VPN: which is better?

Choosing a trusted service is much better than risking your online security and privacy. Sure, it might cost you something, but don't you want to feel safe and protected? Just some food for thought. 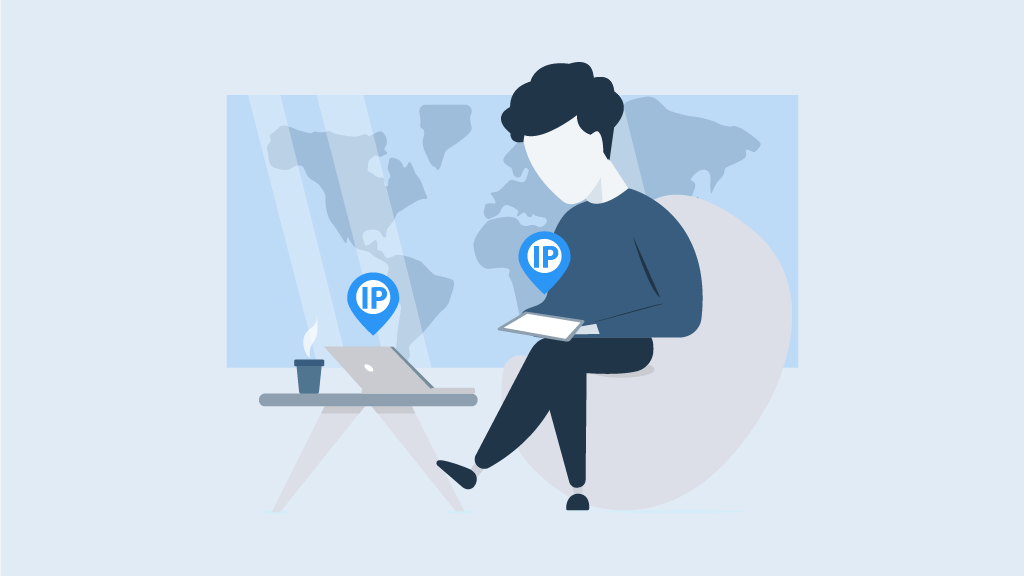 A proxy is a great tool that not only keeps you safe and sound online but also boosts your business to new heights. With a proxy, you can:

That being said, residential proxies are harder to detect. Are you a hardcore hustler who juggles multiple social media accounts? Then, this is literally the best treat for you!

Benefits of using a VPN

A VPN is a great choice for individual users who wish to improve their online security and surf the web anonymously. A VPN can hide your IP and encrypt all your data along the way.

On the other hand, a VPN won't hide the fact that you're using their services. In addition, most VPNs use datacenter servers. As a result, you won't be able to carry out tasks like managing multiple accounts, web scrape data, or anything else that needs high scalability.

It’s also important to note that VPN IPs are shared by multiple users at the same time. Long story short, your chances of being detected are increased.

Wow, what a rollercoaster of information! Now, you must have a better understanding of the difference between paid but reliable providers and free proxies or VPNs. The bottom line is that using free services isn't worth the risk.

With trusted providers, you can stay safe and chill as you go about the web doing your business without hassle. Choose us and get a treasure trove of goods: flexible prices, different subscription plans, speed, and literally millions of IPs from all around the globe. Go on, pretend that this doesn't interest you.

How to change an IP address on my device?

Whatever device you have – Windows PC, Mac, Android, or iPhone – you may restart your router. If you have a dynamic IP, it will change automatically once you turn the router back on. If not, well, why not save yourself some time and effort instead?

All major browsers and operating systems support web proxy connections. In fact, you don't need any additional "IP faker" software to hide your IP. You can set up a backconnect proxy on iOS and Android, all main browsers like Chrome, Safari, and Firefox, including their extension FoxyProxy.

What's the difference between spoofing and phishing?

Spoofing is when someone disguises their actual IP with someone else's IP address. Hackers hide the location of their IP with another person's IP.

Phishing is the act of acquiring a person's private data, including their IPs, through scammy means. This is all those emails and texts where you're asked to sign in somewhere, click on some link, or download an attached file.

What's the difference between IPv4 and IPv6?

IPv4 stands for Internet Protocol version 4. It's the current version of IP addresses that's been around since the dawn of the internet. It has an all-too-familiar format that solely consists of numbers. You can use these addresses and their proxies with a browser, bot, automation software, ad verification, and more.

IPv6 is the latest version of the Internet Protocol that has a slightly different format – both numbers and letters. The main reason for the new version was that there was simply a need for more IP addresses since the older version could only supply a limited number. 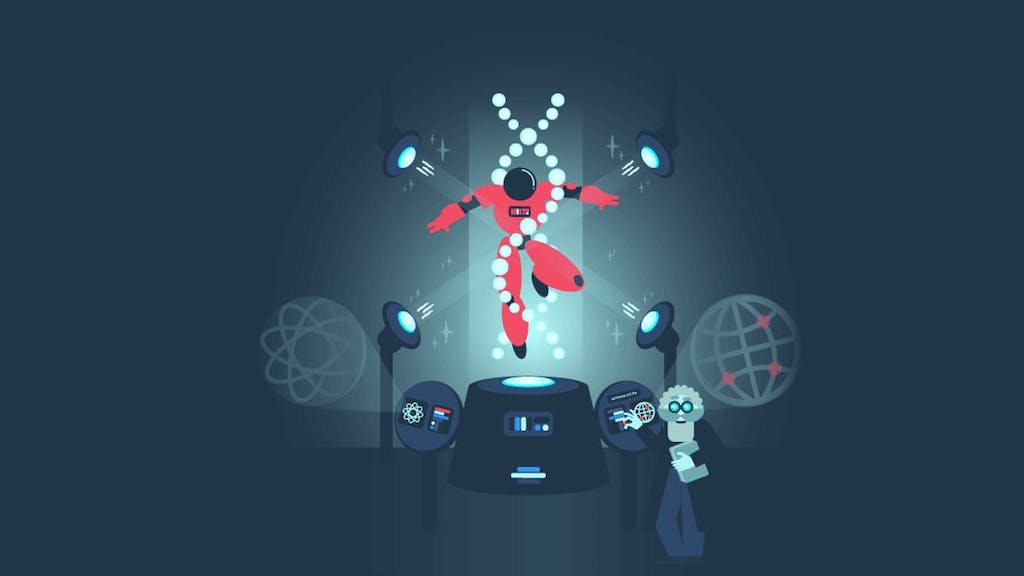 What are Residential Proxies?

A residential proxy is an intermediary that uses an IP address provided by an Internet Service Provider (ISP), not a data center. Each resid... 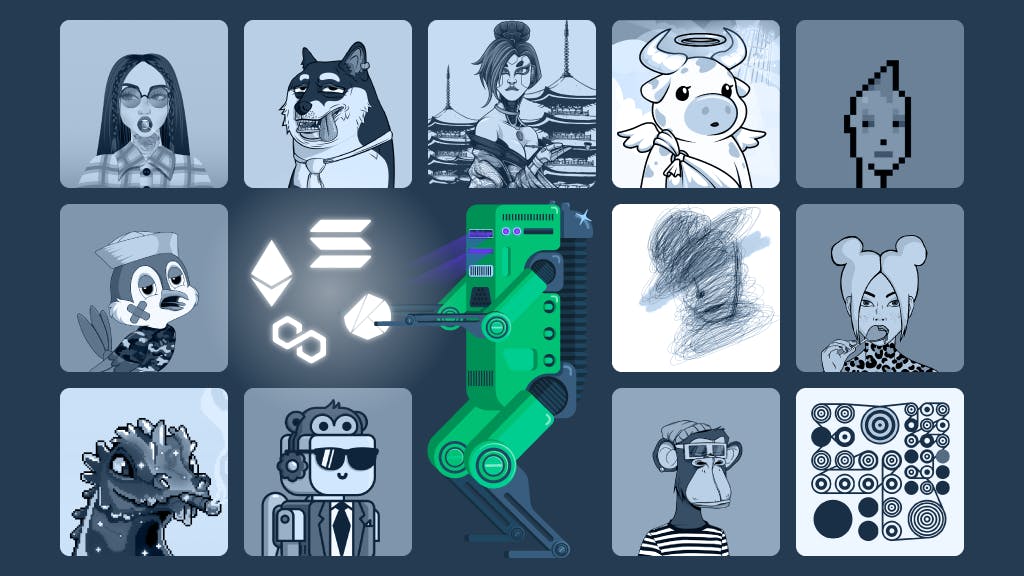 How Can Residential Proxies Make Your NFT Flipping Smoother?

If you were not living under a rock over the past years, you might have already heard about NFTs. Or, the chances are, that you already know...