How to Choose the Best Language for Web Scraping

Psst! Come closer to hear a secret: collecting publicly accessible data can skyrocket your business to the next level. If you unlock and gather valuable info, you can easily monitor brand reputation, compare prices, test links, analyze competitors, and much more.

While the benefits sound legit, collecting data manually can quickly become a pain in the neck. But what if we told you that it’s possible to enjoy all the advantages without any need to sweat? With automated web scraping, it’s more than possible to do so.

However, there’s one lil’ thing you may wanna know about before starting your web scraping journey. And it’s how to choose the best programming language to build a scraper for your specific projects. 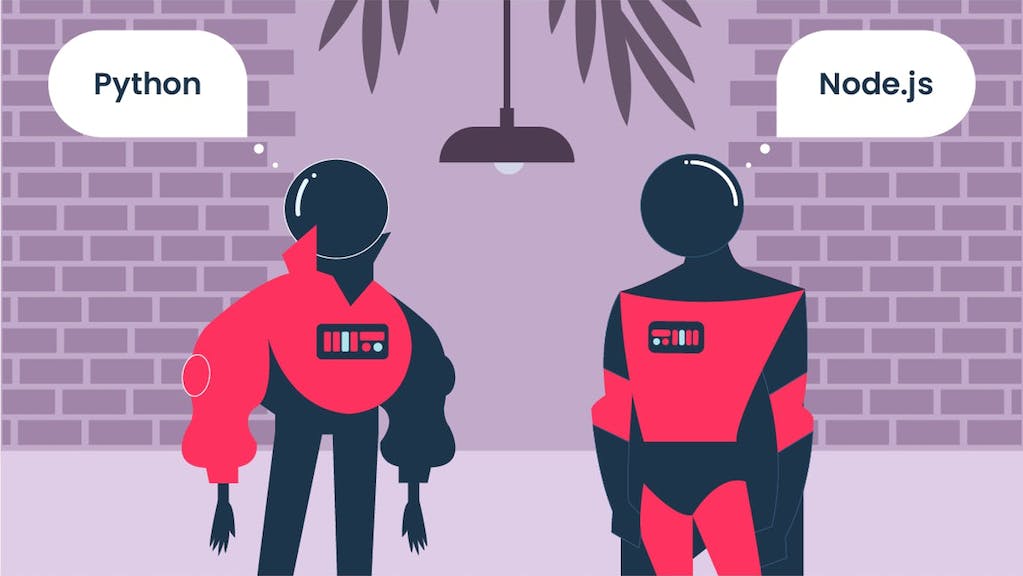 What benefits can a well-chosen programming language bring?

Choosing the best language can make or break your web scraping experience. If you pick the language wisely, it may bring you quite a few benefits, such as:

What are the most popular languages and platforms for web scraping?

Python is an all-rounded solution that smoothly and easily handles web scraping processes. It offers various libraries and frameworks, such as BeautifulSoup and Scrapy.

Python and its tools slap when you learn the basics of web scraping or cover small- and medium-scale use cases. It can perform almost any process related to data scraping and extraction.

However, it would be a sin not to mention: when it comes to bigger business projects, people advise to better go for services that can take end-to-end ownership of the product. On top of that, Python has restrictions on the database access layer that establishes communication between a database and a back-end service. As a result, you can’t apply this language in enterprises that need smooth interaction of complex data. 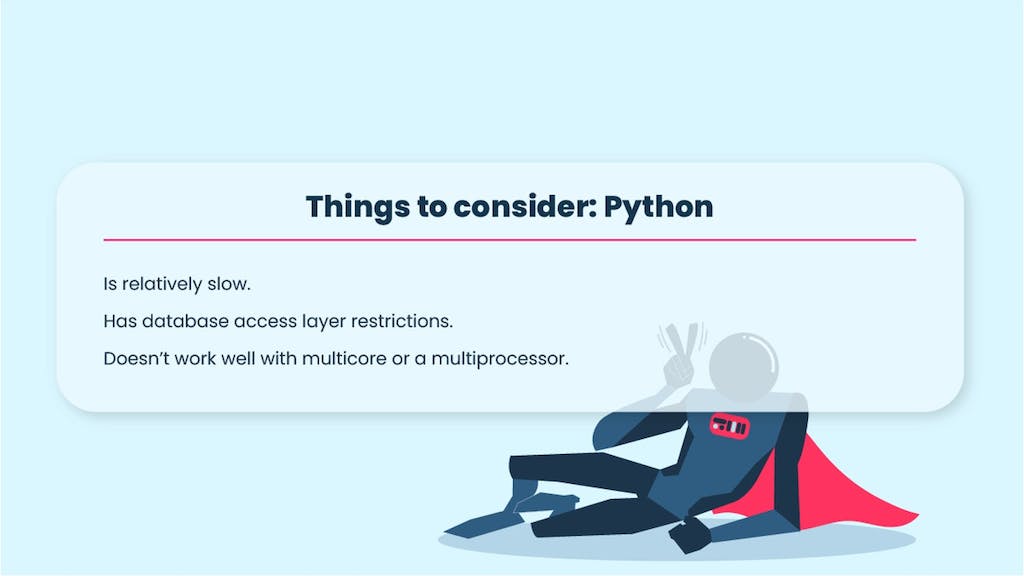 Lookin’ for a programming language that can efficiently handle dynamic coding practices? Give Node.js a shot. This Javascript-based language uses an event-driven, non-blocking I/O model that makes your web scraping journey lightweight and efficient. It comes with built-in libraries and allows you to gather info in an organized manner.

As the language has weak relational database support tools, it results in weak communication stability. So, we don’t recommend using it for large-scale projects. 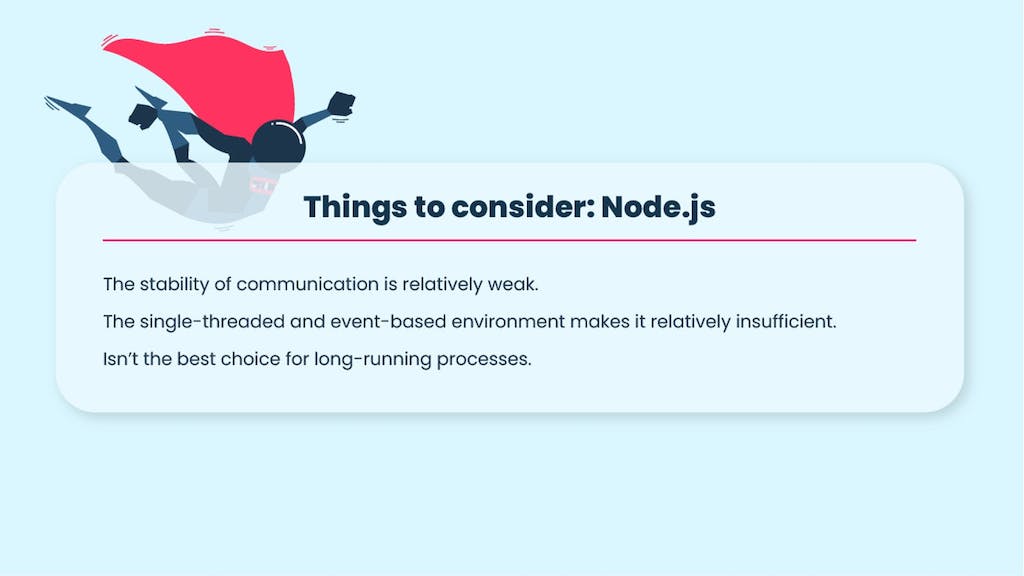 Another major player in the web scraping language game is Ruby. It’s an open-source programming language that’s quick and easy to implement. Ruby consists of several other languages combined, including Perl, Smalltalk, and Eiffel. It enables you to do a lot of things without coding.

Ruby uses different extensions to assist you in cleaning up any broken code. It also has packaging managers to set up your web scrapers without too much hassle.

Trust us when we say that Ruby is a perfect option for those who want a simple and easy-to-use programming language. It’s a smart solution for web scraping data reliably over a longer period. 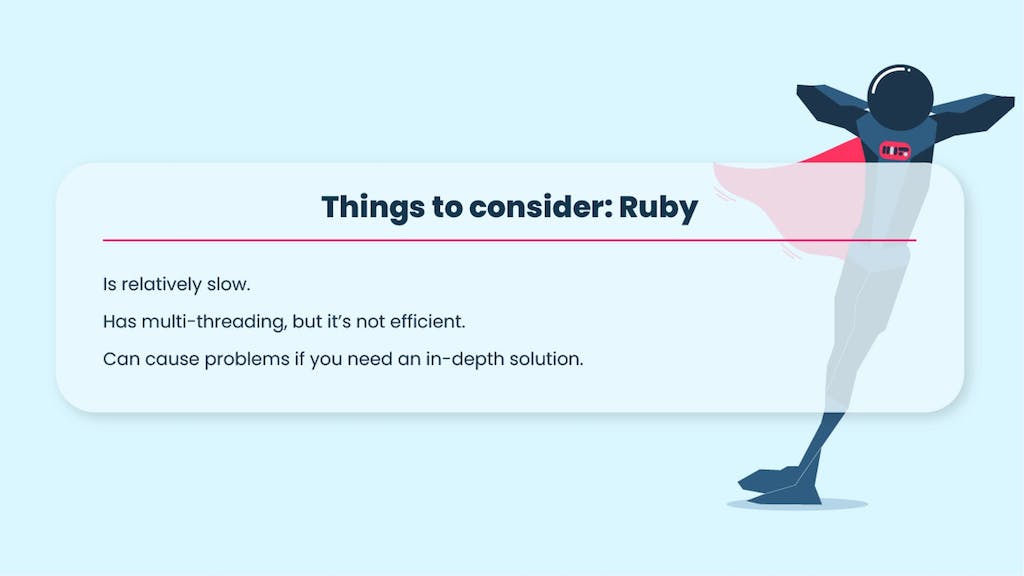 C# is an object-oriented and general-purpose programming language that runs memory management automatically. C# doesn’t come with complex features. In addition, it has some libraries and packages, such as ScrapySharp, Puppeteer Sharp, or Html Agility Pack.

You can find C# in almost every app, and you can use this language to create high-end scraping bots for large-scale operations. 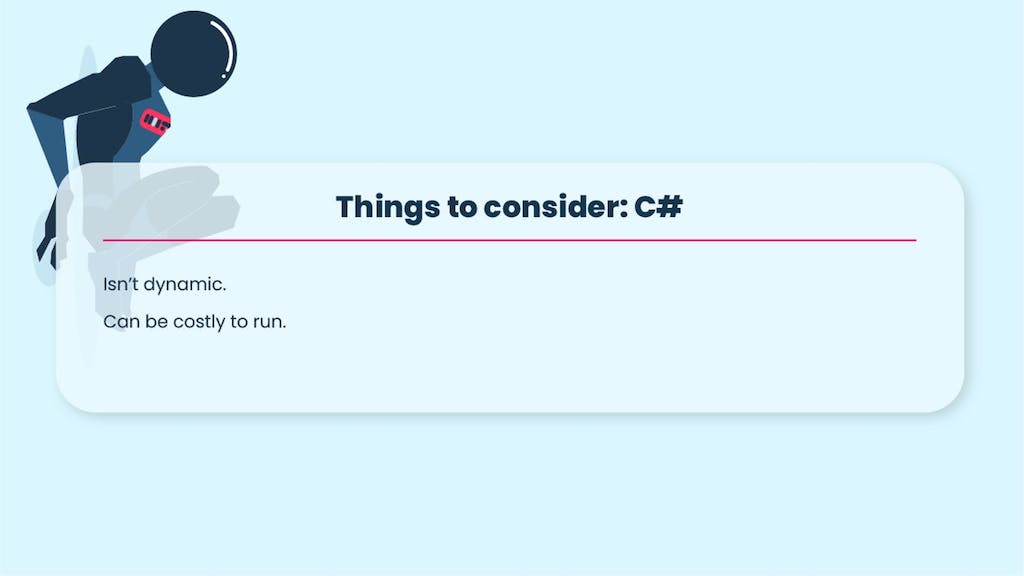 Last, but not least – PHP! It’s an open-source back-end development language that allows you to take several different approaches and tools. It includes web crawling libraries, such as Goutte, Guzzle, Buzz, and more.

Even though it’s one of the most popular internet coding languages, some argue that it’s not the best choice for web scraping. The major con of PHP is its weak support for multi-threading and async.

However, you can use the language to create scraper bots for some of your web scraping projects, such as gathering info from websites with academic literature, e-books, etc. 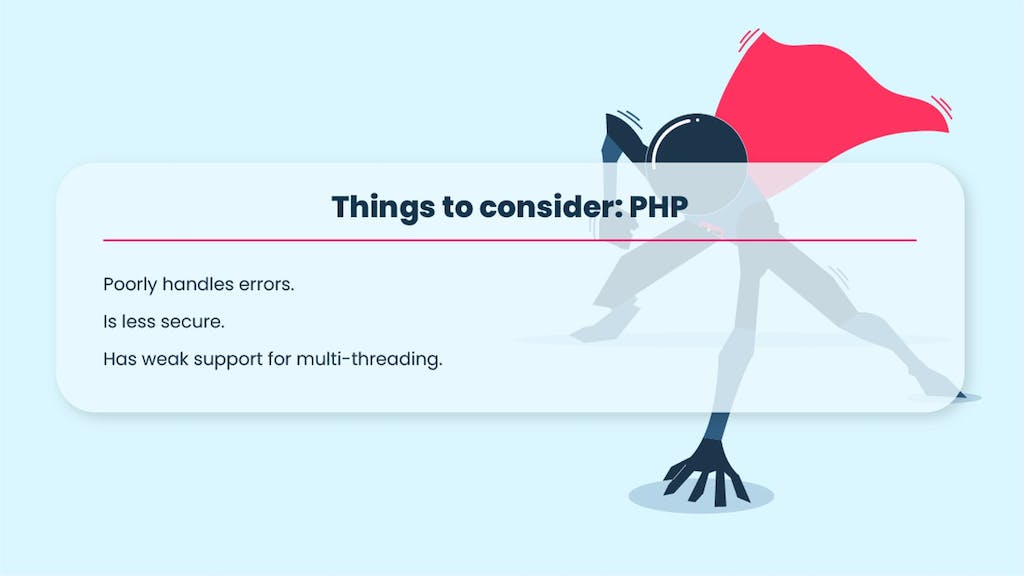 How to choose the best language for web scraping?

Well, we recommend you choose the language you already know. Since you’re already familiar with the language, it’ll be much simpler to learn to scrape with it.

If you’re fresh-new to programming, choose a language that fits your web scraping projects and requirements. Oh, and when you start your web scraping journey, don’t start from scratch. Use the tools you can get from third-party resources – it’ll make everything much easier.

How to nail web scraping?

So, you’ve finally chosen your way to program the scraper. Before you get familiar with your chosen language, there are some more key aspects you may wanna know about.

Regardless of the language, you should pair your scraper with other essential tools, such as proxies. You see, your target website can restrict or ban your IP address if it detects a high number of requests from the same device.

The most common way to solve this issue is to use reliable proxy services. Proxy providers such as Smartproxy offer huge IP pools to save you from possible blocks.

However, it’s not the only issue you may face while web scraping. An exciting and adventurous journey is ahead, so we recommend preparing for that. To make your project successful, it’s beneficial not to ignore the potential issues and follow the best practices.

The programming language you’ll use for web scraping is your personal choice. But it’s surely not the only option you have. If building a data scraping tool by yourself doesn’t seem like your kind of thing, you can also use pre-made web scraping tools like Smartproxy's Search Engine Proxies to handle most of the work for you; or you can use a no-code tool like the No-Code Scraper that downloads data merely by simply clicking on things.

What is a programming language?

A programming language is a formal language with its own syntax and semantics. You speak it when you need to instruct a computer or computing device to perform required tasks. Some of the most popular languages are C, Java, Python, Ruby PHP, etc.

What programming language should I choose?

Is web scraping possible without any coding?

Yes, there are some solutions that can help you to unlock and gather valuable info without any coding skills. For example, you can try out Smartproxy’s No-Code Scraper – a no-code tool that allows you to harvest, collect, and export data with a few easy clicks.