Is It Legal to Scrape Amazon?

Have you ever woken up all sweaty in the middle of the night with one question in mind: have I done something wrong by scraping Amazon? Well, you can answer this question in several ways. The good news is that they don’t necessarily give you a one-way ticket to scraping prison!

Just a quick heads up – this article is for informational purposes only and it doesn’t constitute legal advice. 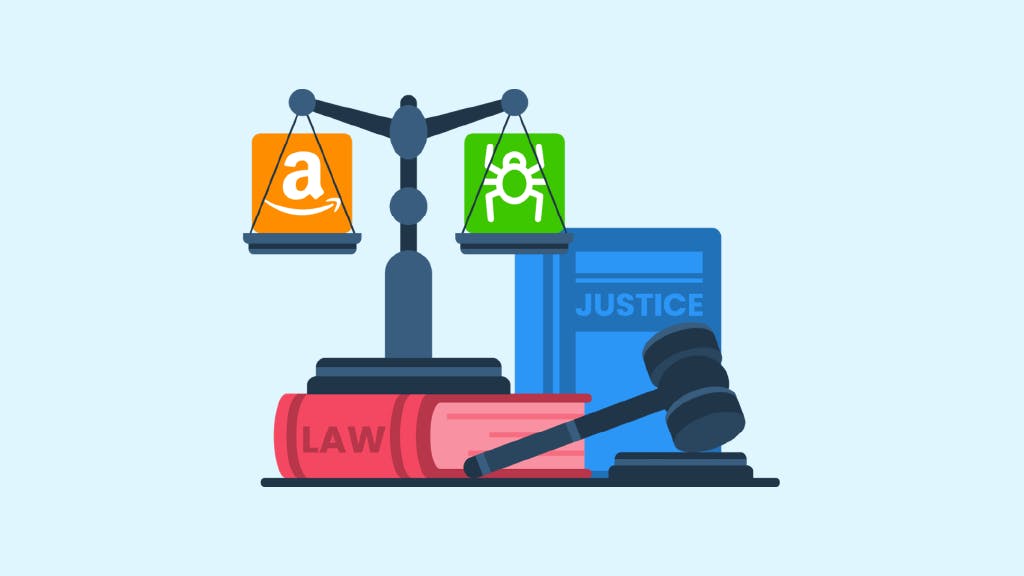 Is It Legal to Scrape the Web?

It’s no secret that a lot of people still think that web scraping is a fishy business. To be completely honest, it really can become one, that’s why it’s important to know your legal boundaries and adhere to the rules. So buckle up – it’s gonna be a bumpy ride.

Let’s get this out of the way – web scraping isn’t illegal by itself. The problem occurs when people scrape the web:

As you can see, it’s usually fine to scrape publicly accessible, non-copyrighted information from websites.

How to Scrape the Web Ethically

Honestly, who doesn’t love some good old web scraping? Startups are infatuated with it because it’s a cheap and easy way to gather data, while big companies use it for their own gain.

Since web scraping hype is on the rise, it’s good to be on the same page with US courts. The United States District Court for the Northern District of California ruled that scraping public sites doesn’t violate the Computer Fraud and Abuse Act (CFAA) in the case of hiQ Labs v. LinkedIn. HiQ Labs is a company that scrapes public LinkedIn profiles to provide insights on employees to businesses.

With this ruling, the court confirmed that web scraping is not legally different from any user who accesses the website’s data. In both cases, the user comes to the website, requests public data, and then uses it. But it’s important to note that web scraping activities might still end up as potential breaches of the CFAA. 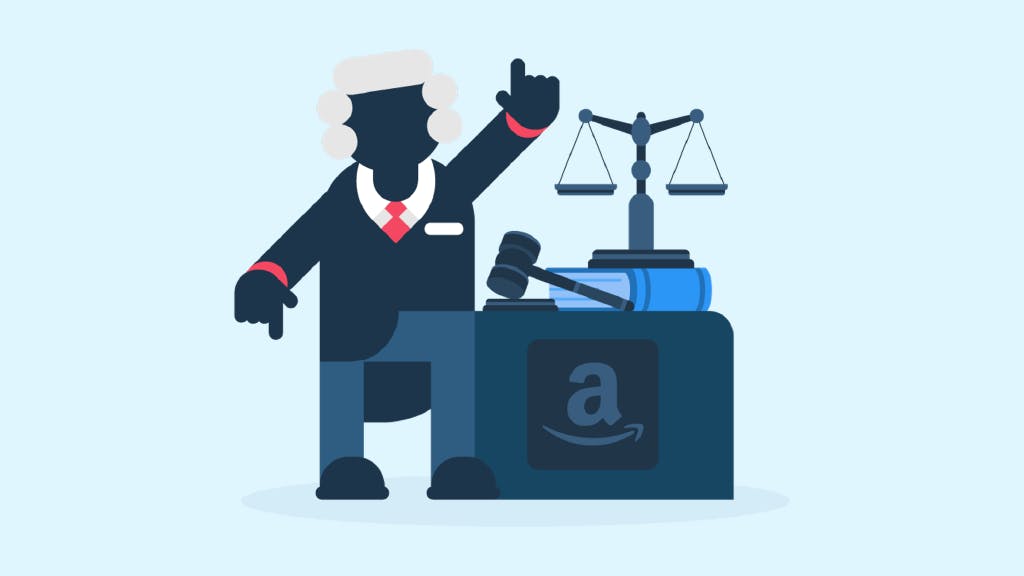 Here are some tips on how to scrape the web safely:

So, Is It Legal to Scrape Amazon?

After this pre-party, it’s time for the main course. Retailers want to scrape Amazon for many reasons as it carries vast amounts of valuable information from prices, best products to sell on amazon, reviews, and ratings to special deals and news. With the data scraped from Amazon, you can solve many nerve-wracking and time-consuming business problems. Honestly, it’s like the chocolate factory of all the information you need!

So if you need to collect large amounts of data from Amazon, try to use their API first. If you don’t find all that you need there, you can start scraping. You’ll probably want to use web scraping services as those guys know the solutions of dealing with enormous amounts of data.

But – pssst! Don’t forget to use them with reliable and high-quality residential proxies! 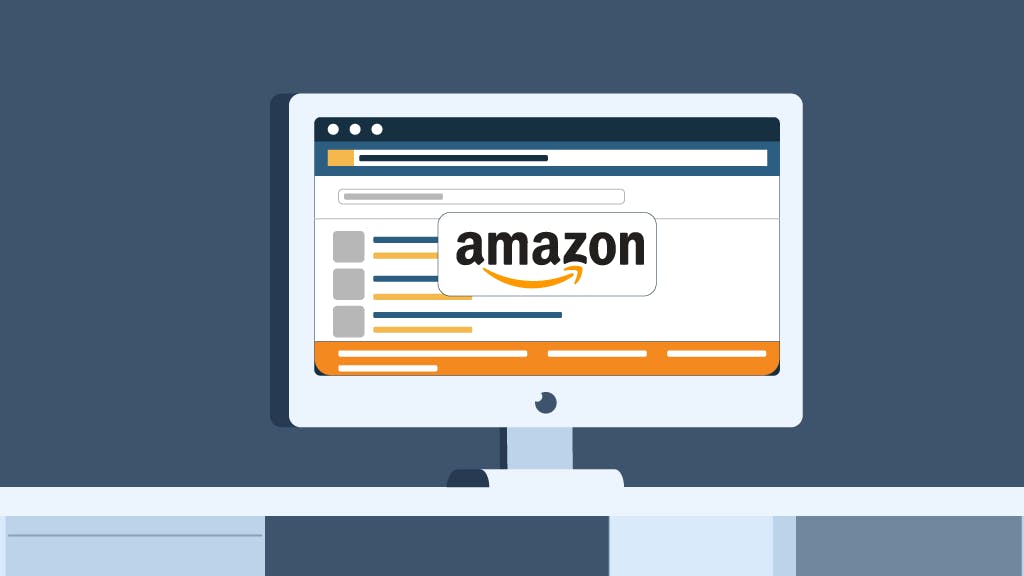 How a Residential Proxy Network Helps to Scrape Amazon

The American company Amazon and its founder (the second richest and possibly the first most disliked person in the world) don’t need long in... 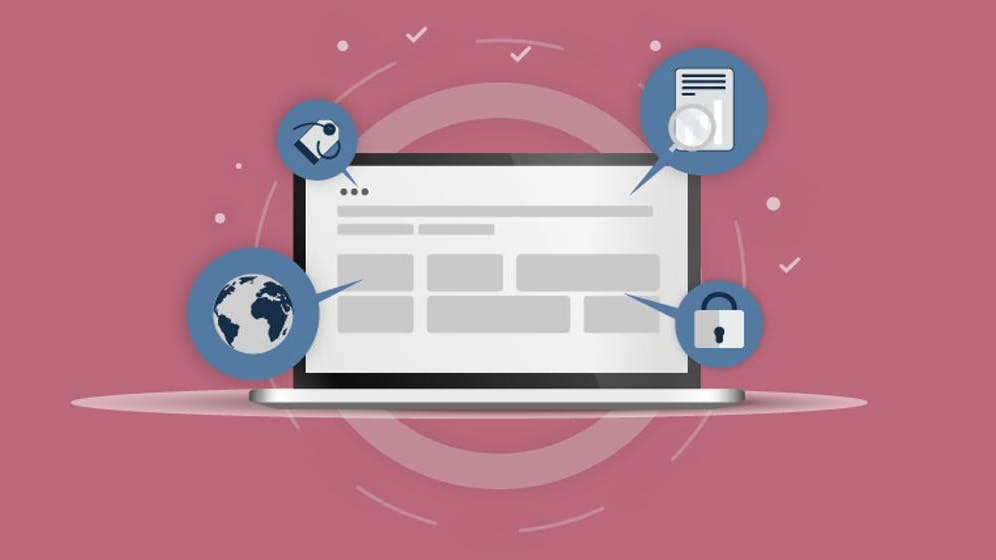 How an Amazon Proxy Helps Scrapers and Analysts

Amazon is a dominant retail force. Many smaller businesses either work under Amazon’s brand or try to compete with it. Your business cannot ...