It only took 1 GB per month – let this story inspire the hustler in you. 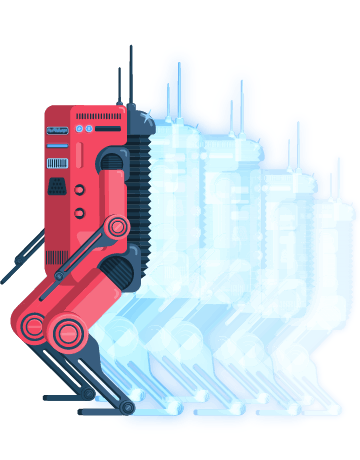 100,000 Monthly Queries and Not Enough People

Imagine this: the customer support team of your huge SaaS cybersecurity company with a clientele of millions is swamped with queries in all kinds of languages, starting from your native one and ending with Japanese. They are having difficulty learning Japanese along with 100 other languages, and they’re using Google Translate every time a message in an unknown language pops up. The team gets around 100,000 inquiries every month, so it’s starting to look like you’ll keep hiring dozens of new agents every month.

There’s a Script but It Doesn’t Work

This is the exact situation that an SaaS market leader with over 13 million users found themselves in. The support team used Google Translate to manually translate thousands of messages 24/7 – that is, until the company decided to save time and wrote a script using https://pypi.org/project/googletrans/. This script was meant to translate the queries automatically while saving precious time in the process. But the problem wasn’t solved just like that. Translate was getting too many requests, and the support team couldn’t use it 100% reliably.

Google Translate Pushes on the Brakes

The script was like Iron Man without his fancy gadgets. It turns out, all that was needed was for the support team to start using thousands of different devices to connect to Google Translate.

In all seriousness, this is where we stepped in. The script needed proxies – and once the team started using them, they could say goodbye to bans. How? The thing is, every proxy used a unique IP address, which made the script completely reliable and saved 15 seconds for every query. All of them were automatically translated and saved in the internal note of the ticket.

3.8 Years of Work Saved – No Need for New Hires

If you think this made the process faster, you’re right. But you won’t believe just how MUCH faster. According to the team’s calculations, they have saved 3.8 years of work since September. And the data used? 1 GB per month, which falls into the smallest and the cheapest plan we offer. Have in mind that the company makes around 1,500 requests to Smartproxy per day (which is around one request every minute), so this really is more than just an upgrade… This is a game changer.